Every time I ask students in a “general” class what they want to learn, “Stringer-Control” is without fail number one on the list. Throughout the years I have developed a number of exercises meant to “retrain the brain”, so even the most stringer challenged person will figure it out in the end. Here just a few examples of bead designs that rely heavily on stringer-control: 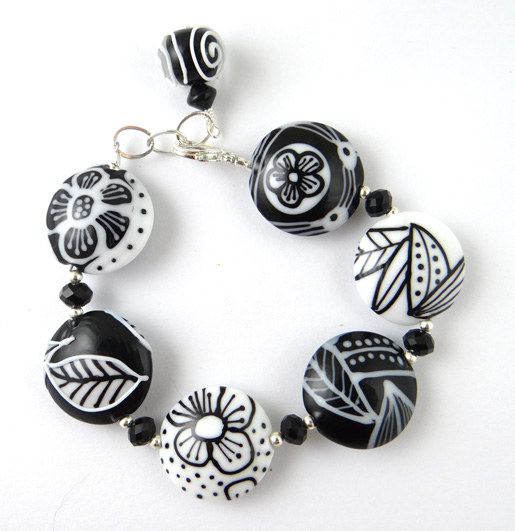 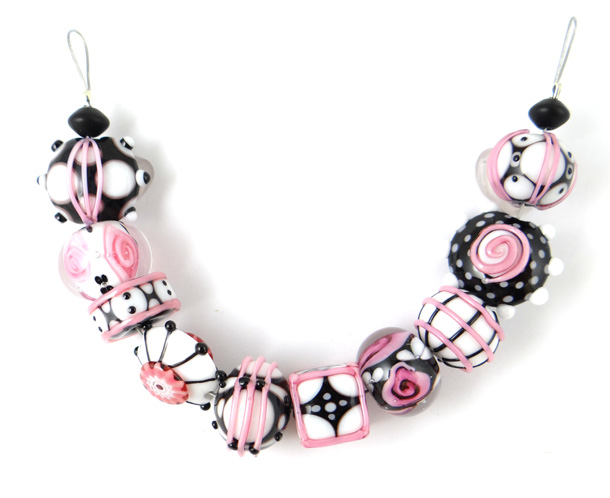 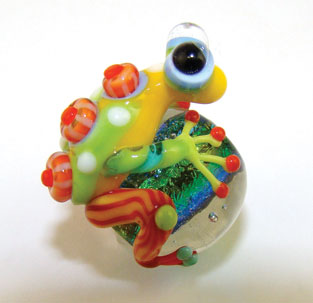 A variation on the Quark beads in a way – this class focuses on making components for “sea-creatures”, and assembling them on the surface of the bead, rather than in the classic (and time-consuming) encased aquarium bead.
Depending on the interest of the students, we will make sea-weed, corals, anemones, jellyfish, turtles, starfish, octopus, crab, as long as time doesn’t run out.
We will also discuss how these creatures can be encased later on, and MAKE an encased Ocean bead at the end of the second day, if time allows. 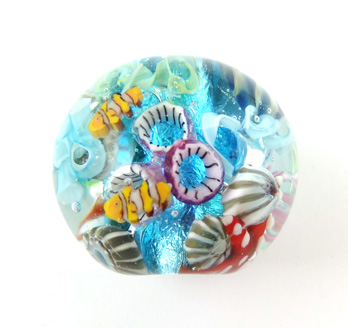 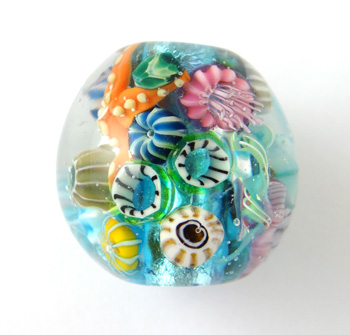 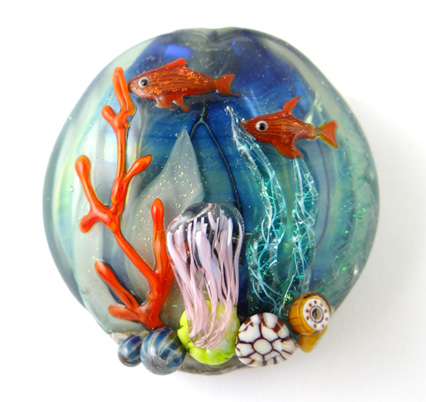 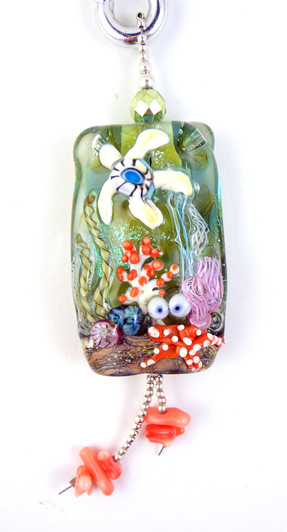